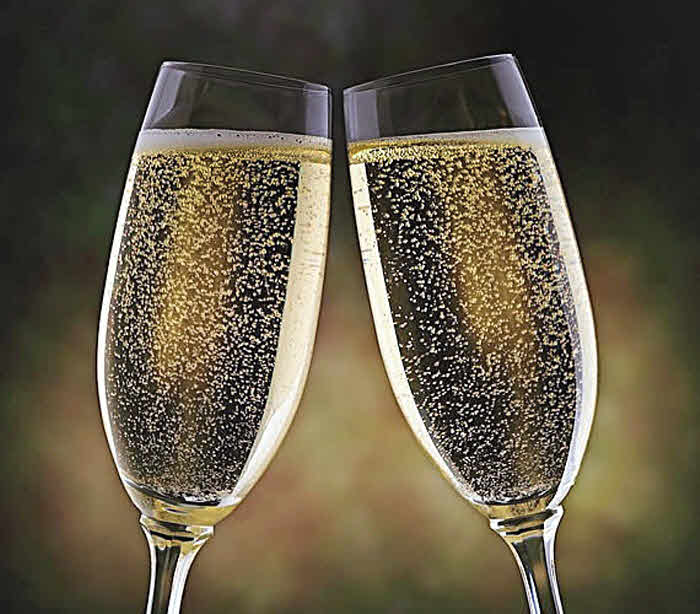 Fruits, greens and vegetables in January

Events and Fairs in January

Currently, there are none programmed

Holidays and festivities in January

On January 1, the first day of the New Year, which is celebrated in all the countries under the Gregorian calendar, established by Pope Gregory XIII in 1582, which are the majority of countries. It is an evening marked by the traditions and superstitions that are made to start with “good standing” next year. One of the main symbols of this date is the uncorking of cava bottles – at 0 hours o’clock on January 1 – a “ritual” that takes place after taking the twelve grapes of luck, one for each month of the new year, following each of the popular chimes. All this after enjoying a delicious dinner based on succulent delicacies, with family and friends at the end of the year. On this occasion, the toast is for a Happy New Year!

January 6: Colophon of Christmas with gifts and roscón

The arrival of the Magi – Melchor, Gaspar and Baltasar – loaded with gifts ends the Christmas holidays. Such beloved characters bring with them a last gift for the palate, the Roscón de Reyes, a typical sweet consisting of a bun dough decorated with candied fruits and candies,which on this day is not missing in virtually no home. The classic roscón, the one of all times, does not have anything, but within the last years’people have been incorporating all type of fillings to this sweet, from whipped cream or pastry cream to truffle. A typical element of this sweet, which arouses great interest among children, is the surprise always hiding inside. The custom is that whoever finds it has to pay for the next roscón. The repertoire of surprises is every year more varied and within the bun we can find all kinds of miniatures. Formerly, in Huesca it was customary to put a dry bean inside the bun, and in Zaragoza in the 1930s, some confectioners like González and Sánchez certainly became famous with their roscones since they put authentic coins.

Another sweet that is never missing these days, in the pastry shop and confectionery windows, is the sweet charcoal with which, according to tradition, the Magi give gifts to people who have to correct their behaviour in the beginning year.

In Binéfar it is traditional to fight the cold temperatures of the festivity of Kings in the heat of the bonfire. The neighbors meet before the fire in an activity organized by the City Council, in which meat is roasted for all attendees. Attendance is free.

January 12: Festival of the lobsters in Abizanda

In Abizanda (Huesca), in honor of San Victorián, the “lobster festival” continues on the Sunday after the Day of the Three Kings. It is a peculiar and traditional system of crop prediction. The neighbors make a pilgrimage for the hermitage of Santo, in the Sierra de Olsón. After being blessed the more than fifty cakes placed on a tablecloth on the floor, it is expected that some small insects, similar to grasshoppers, enter the tablecloth. The colours of the insects prophesy the future of the crops. Many dark grasshoppers mean wine, if there is a predominance of greens there will be a good crop of oil and if they are clear, of cereals.

The day of the saint blesses the animals in churches. In Fragase the “Tocinet de San Antón” raffle takes place, the as well as in some municipalities of the Pyrenees such as Benabarre, Capella, Santaliestra or Campo. In the province of Huesca it is also very commonly known as “Pllega”, consisting of the collection food by the houses in town,which is auctioned in the afternoon. The income raised goes to the brush of the parish or to a common fund. The Pllega or Llega is also a custom rooted in some villages of the Maestrazgo as Cantavieja, Mirambel or La Iglesuela del Cid.

In Huesca,there is a big party in the neighborhood of San Lorenzo where they roast potatoes, chorizos, sausages, and sardines accompanied by wine are shared among the staff. In Zaidín they distribute in «Pan Caritat», which is consumed with abundant good wine.

In Teruel wine and cake are distributed, in Alquézar there are hot chocolate, in El Tormillo popular food and in Cervera de la Cañada is served chorizo and sausage. Monreal del Campo has as a star product of the day, the grilled blood sausage, Mirambel distributes some pasta stuffed with pumpkin jam known as “flirty” and Andorra has the custom of chocolate and raspao in the morning and grilled chorizo and sausages in the afternoon. In the province of Zaragoza, a good example of this party can be found in Calatayud, where they take advantage of the embers of the fires to roast many different foods, including butchery products.

In Grañén it is celebrated preparing the secular «Ajo Moroño» and in Aínsa they celebrate the Feast of Charity which consists of the distribution of bread and wine in the Plaza Mayor with the auction of a cake made by a different family each year.

Alquézar celebrates large popular banquets, and in Artasona there is also Charity Cast in the afternoon and auction of the Arrivals and popular dinner at night. Azlor lights bonfires and distributes punch, sausage, chocolate and other foods between neighbors and visitors; and Villadoz organizes a popular snack with olives and bread as main foods.

Nuévalos opts for a popular paella-based meal, and Ainzón celebrates the local patron saint with his traditional chorizo ​​cake. In Castiello they take crespillos and in Tardienta the brotherhood of San Fabián do its celebrations with meals. The menu is the same ever since time immemorial: escarole, cabbage of figs and pepitoria-the pepitoria consists of a casserole of guts, liver and light lamb.

Lastanosa, in Monegros, prepares a popular meal based on farinetas. In Borja, this weekend, in addition to the shots of salvos and parades, the traditional bonfire is burned in the presence of hundreds of people including more than two hundred kilos of roasted potatoes, sardines and herring, all washed down with He came from the earth.

On the Saturday closest to January 20, the feast of San Sebastian, Longás celebrates it by lighting a large bonfire in the town square to warm the cold winter night. That night there is a popular dinner, based on roasted meat in the embers of the bonfire.

Since 1987, the people of Albelda and especially the members of the Peña «Lo Magré» organize the popular Festa del Toçino on the last Sunday in January, declared tourist interest by the Government of Aragon, and dean of all popular matacías are celebrated in different areas of Alto Aragón. Throughout the day in Albelda more than five thousand people enjoy this party and taste the excellence of the pig. Since this old custom was recovered in Albelda, year after year the number of slaughtered pigs has increased. Their products are roasted on large grills in the middle of the street, in the very center of town, accompanied by bread smeared with oil and garlic and wines from Somontano. The day begins at eight in the morning with a chocolate to prepare the body for the upcoming activities. The women are in charge of the elaboration of the mondongo, blood sausages, chorizos, sausages and other elements tasted in the midday stew, the main course of the day, without forgetting the broth and the fruit of the Litrea. Throughout the day, there is street entertainment, a market of handicrafts around the square and a presentation of olive oil production by the Cooperativa San Isidro.

San Valero, patron saint of Zaragoza capital, is celebrated in the city with the usual roscón, although several towns of the Aragonese geography like Cariñena also celebrate this festivity with the traditional sweet. In Zaragoza for more than a decade a very popular appointment takes place in the Plaza del Pilar in the morning. There,roscón with hot chocolate is distributed, because the saying of rosconero and ventolero is usually right in each new edition.