To the natural beauty of Campo de Borja, a wide list of monuments that testify the cultural heritage of this area is added. There, we can find other tourist attractions such as museums and picturesque corners, and a magnificent wine and gastronomic offer. Without a doubt a set of sensations sited in more than 600 square kilometers full of nature, history and flavor.

The region of Borja welcomes tourism offering many tourist attractions. Food lovers have plenty things to do ranging from touring the wineries of the designation of origin, to enjoy a meal at the restaurant of the area. Art and history are magnets for cultural travelers who flock to them motivated by Mudejar towers, archaeological sites, Gothic palaces and hermitages. Thought in families there are recreational places and trails as accessible as picturesque. Campo de Borja offers a wide-ranging list of the most attractive alternatives.

Borja can host a full cultural event calendar from festivals and choristers to, conferences and exhibitions due to the best services and facilities. Borja, capital and head of the region, serves as the main hostess with the hospitable attitude of its corners and its people.

Do not forget that this area is one of the most renowned wine designated of Aragon. 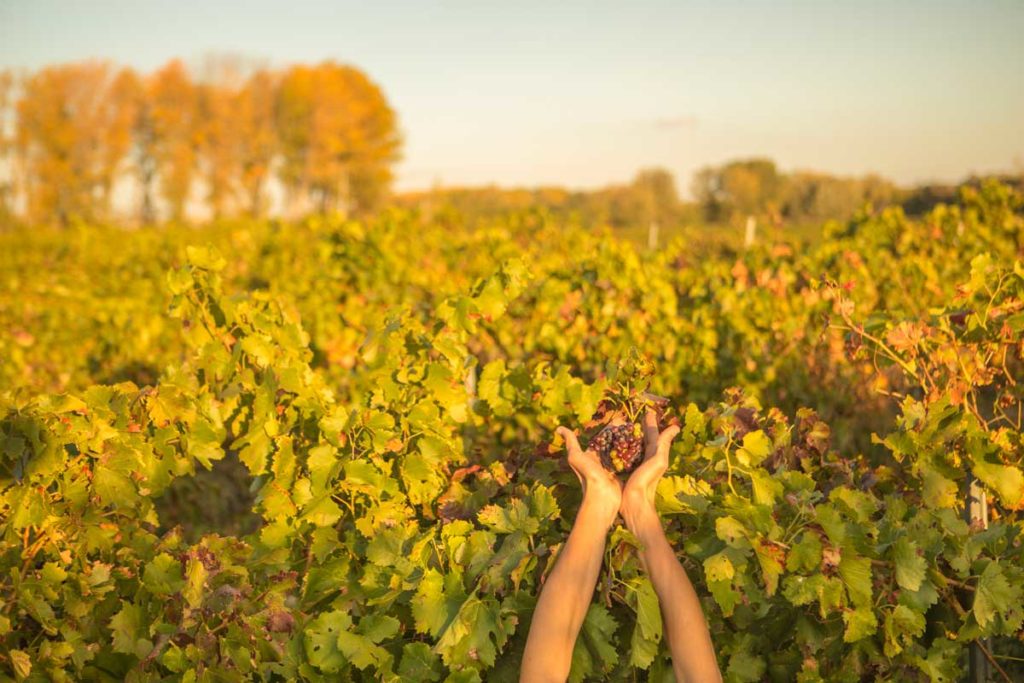 Highlights... at a glance:

A pleasant walk for the whole family: from Borja to the Hermitage of Calvario through the Sanctuary of La Misericordia. 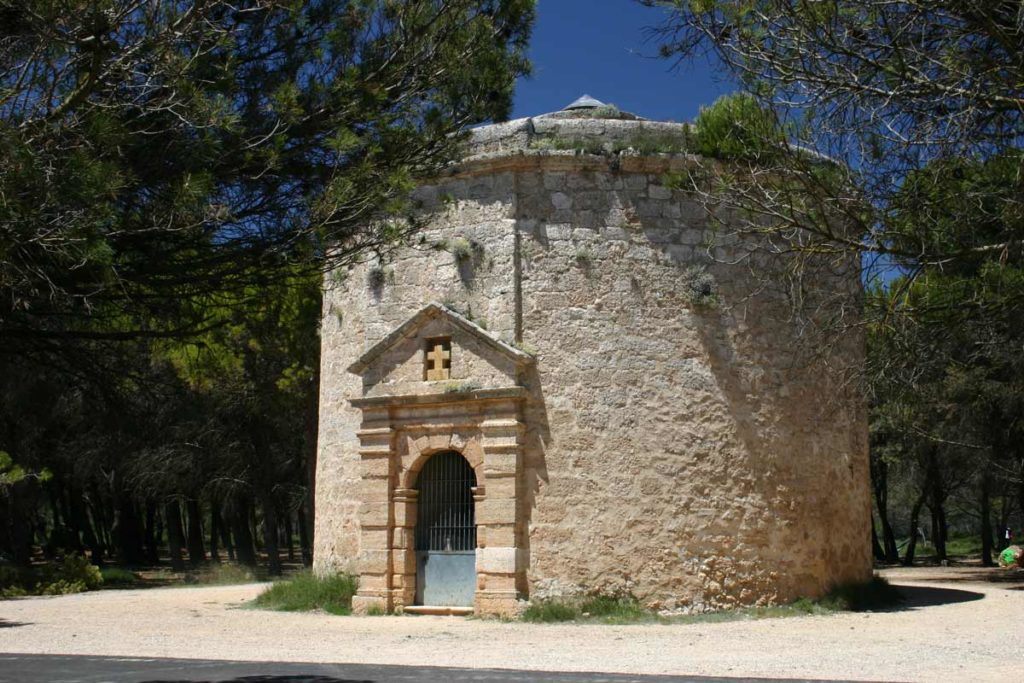 With the town of Borja as a starting point you take the road leading directly to El Buste until you reach the fork for Las Canteras on the road. At that point we will turn left until we arrive to the old quarries. A leisurely drive around a spectacular roadside scenery full of olive trees.

The track, which gets ever wider, passes through the sewage treatment plant and just at this point you will follow the path to the right that arrives in front of the Peirón of San Miguel. From there, directly through the Sanctuary of La Misericordia and about ten minutes by the way of El Calvario we will find the Hermitage. One and a half-hour-walk along a very accessible tour and without any difficulty.

From Zaragoza take the N-232 to the crossroad with the N-122 which flows into Magallon. From there you can access to any point of the region. A total of 63 kilometers that run in just under an hour. You can also reach by the North highway to the Gallur exit.

Borja Past and present 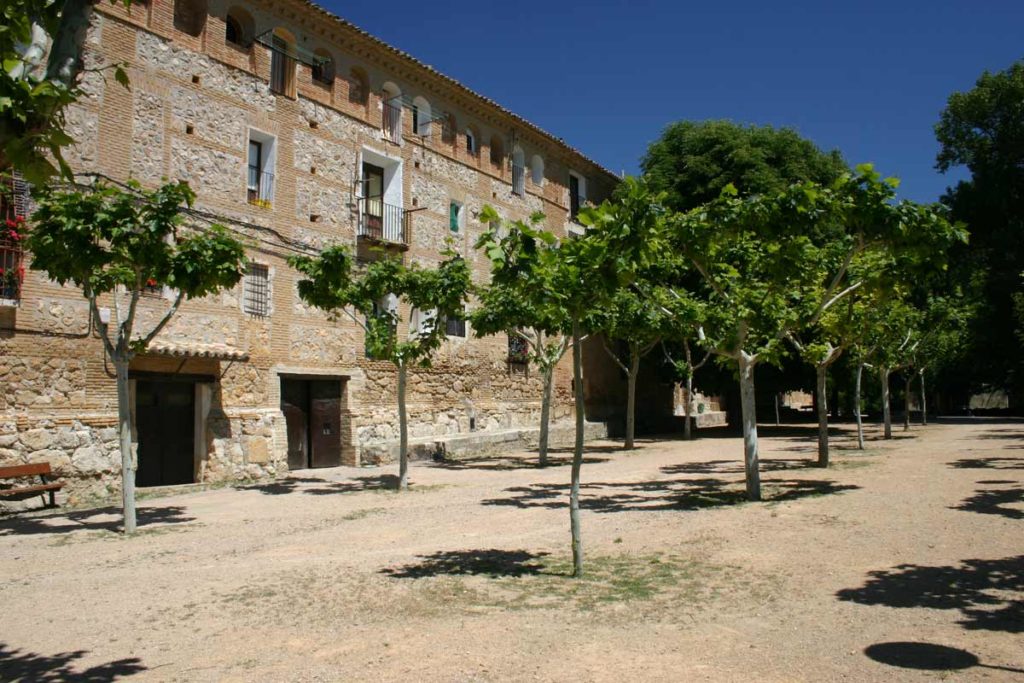 The city of Borja, previously called Bursau, it is at the foot of its castle. Boasting a perfect picture-postcard is one of the identifying elements of this village of around 4,400 inhabitants. Besides this fortress, Borja offers a well-preserved urban context thanks to the historical and architectonic heritage that enclose its streets.

A review of Borja’s architectural heritage should not miss the collegiate church of Santa Maria. Two slender bell towers rise as the main hallmark of this construction in which some eras and art styles converge. The church, of a single nave, keeps inside an impressive baroque altarpiece, an organ dated in 1569, the walnut stalls of the low choir or the Gothic tables of the sacristy.

Another display of the Baroque art in Borja comes from the Convent of Concepción (17th century), designated from 1983 as a national monument. Also, of this same style are the temple of Santo Domingo, today used as a municipal auditorium, and the Church of Santa Clara, belonging to the convent of the same name.

From the civil architecture the town hall catches traveler´s attention. It heads the Plaza of Spain, Casa de las Conchas (literary House of the shells), whose facade is at present under refurbishment, the house of D ª Maria de Aguilar, a Renaissance Aragonese palace, and the square of the Market, the historic shopping center by excellence.

This center, located in the Casa palatial de Aguilar, was created in 1968 as a regional subsidiary of the institution Fernando el Católico. His main task is to promote cultural action through the research not only of Borja, but also of the rest of the villages in his closest rural environment. Its commitment to research into the indigenous culture can be showed in publications, calls and permanent sources of information. A great example is the extensive library specialize in Aragonese themes with more than 25,000 copies.

Borja has a long tradition of sampling tapas that turns midday into one of the most boisterous moments in the city. Whether in the town Hall Square or in the streets close to it, the vermouth is a reference for its people. Some inevitable names are Barabbas, good humor, Montesol and Flyer, among many others.