Exceptional thermal resorts, the stunning natural park of Monasterio de Piedra with is breathtaking waterfalls, Calatayud´ s impressive architecture, culture and heritage, picturesque villages, Calatayud has plenty to offer in a magical tour with countless alternatives with which to indulging the most diverse delights.

Calatayud is the capital of the region. A city with in a history so rich you can feel its echoes of cultures, styles and traditions. The center of the city is very compact so it’s ideal for walking around and exploring, but there is an awful lot to see.

Its strategic location has meant that many people have settled down there. The city was named as a historical and monumental complex in 1967. That was in recognition of the unique and mesmerizing architecture on display. 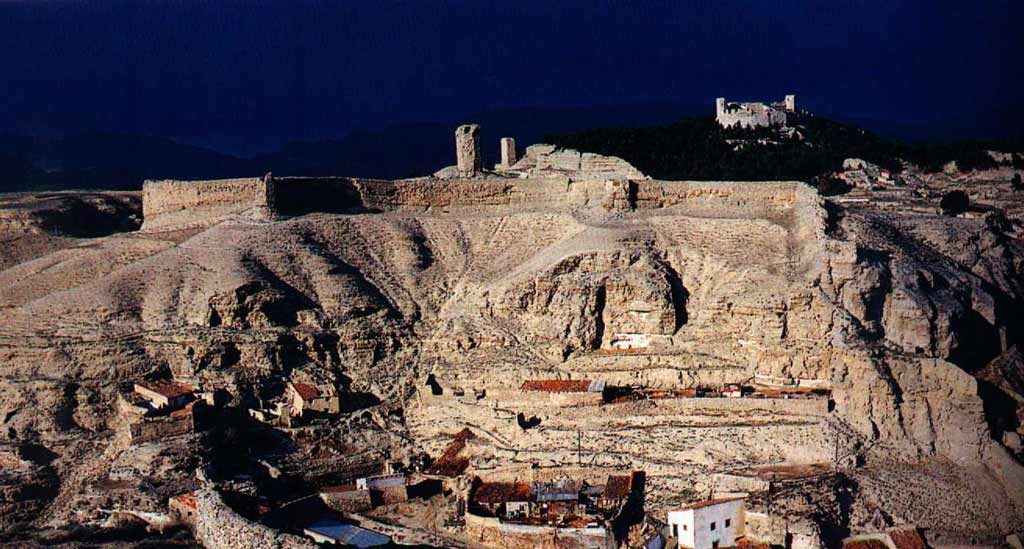 In comparison to the rest of the area, Calatayud is the place where some of the best examples of Mudejar architecture in Aragon are preserved, despite some have dissapeared by destruction or by carelessness. Between all the existing buildings, the Collegiate Church of Santa María, declared a National Monument, is outstanding. The cloister, the vault and the imposing tower, which can be seen from a large part of the town, are the main attractions offered by the Arab legacy. But it is not the only church we can find here. Others like San Andrés, San Pedro de los Francos, Virgen de la Peña or the current collegiate church of the Holy Sepulcher are good examples of Mudejar art that Calatayud holds.

To gather further information about the old Muslim past of the city please visit the tourist information center placed in the Plaza del Fuerte, S/N.

Within five kilometers of Calatayud lies the impressive ancient Roman city of the Jalón, Bilbilis. The birthplace of illustrious characters, such as the poet Martial.

Through the river Qal ´ en Ayyub as it was known, was dominated and ruled for four centuries by Muslims. All this time (714-1120) Arabs and Berbers left evidence of their culture with an impressive Mudejar artistic heritage. To go through The Mudejar Art route of Calatayud, we can follow the tracks of several rivers that cross the region. Starting with the Jalón River, the town of Ateca has one of the most captivating Mudejar towers in Aragon due to its four faces decorated equally. A short distance away, on a tower of the castle, was built the Torre del Reloj, a Mudejar sample from the 16th century. Following the same course in the direction of Terrer, the tower of the church is very similar to that of Belmonte and Aniñón. Other outstanding towers in this area are those of Huérmeda, Paracuellos de la Rivera and Saviñán.

If we take now the bank of the river Jiloca, its waters we will take us to many villages whose richness is more than remarkable. Maluenda, one of the Mudejar epicenters, has three churches with interesting apses, plasterwork, “Porticos” and, obviously, towers. Although something separate from the course of the river, the tiny town of Olvés hides a curious hermitage that, along with Velilla, Morata, Fuentes and Villafeliche, compose the epicenter Mudejar that passes next to the Jiloca.

El Perejiles, a river that flows close to its neighboring Jiloca, divides another route of Mudejar Art. Villalba and the remains of its mosque, the Church of Belmonte, the Tower of Mara and some vestiges found in Orera And Ruesca are well worth visiting.

A tributary of the Jalón, the Ribota River, and the neighbouring towns also retain numerous Mudejar remains. It is necessary to insist on the church of Torralba, Aniñón, Cervera de la Cañada, and to a lesser extent that of Villarroya de la Sierra, since it retains few remains. 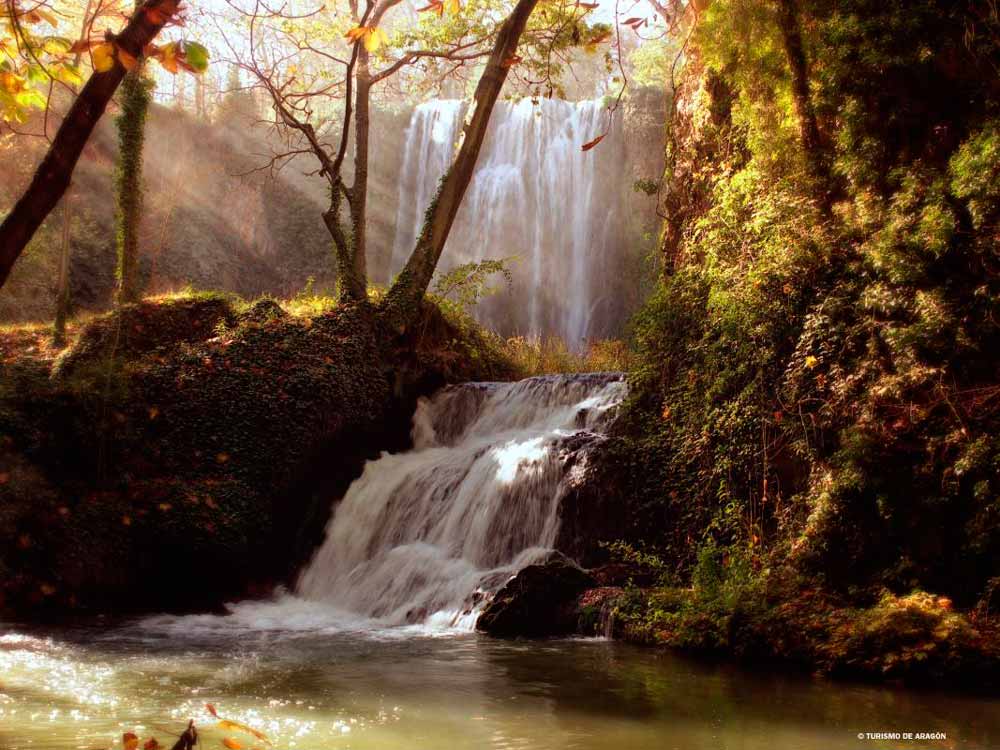 The Monasterio de Piedra Natural Park is without any doubt one of the most important tourist and monumental sites of Aragon, a natural oasis placed in one of the most barren areas. A peace and quiet site that features countless waterfalls. In fact, you will probably be overwhelmed by the beauty of its landscape.  This is Monasterio de Piedra natural Park, founded by the Cistercian monks in the 12th century.

The former Monastery has been transformed into a hotel and the current natural park.

For these reasons, we could say this tourist resort is not only an Historically important site but also a significantly scenic landscape.

Going inside the monastery

Touring the monastery complex and the highlights of all that is inside, including discovering the life and customs of ancient monks, it is led by tourist guides. From getting a peek at the cloiset, to exploring the chapter house, to enjoying the complex itself: The Abbey, the crypt, the passageway, the carriage room, the refectory and the convent´s old Kitchen, taking a tour inside is a great experience. It was in the Covent’s old kitchen where chocolate was first brought in Europe, which makes the visit even sweeter.

In the Museum of wine highlights the wineries of the protected designtaion of Origin Calatayud.  A visit to this place is a must. It offers an itinerary through the wine history in the region going back to the past and a glance to the present.

Getting lost in nature

The natural park (Designated a National Scenic Site in 1940) takes you through a local nature reserve. There are different trails and depending on the route chosen, which are signposted with red, blue and green arrows, we will discover the different corners of the park. Based on this classification, visitors and hikers can compare the different trails and select the one that best suits them.

The red ones roam the most advisable snapshots: from the impressive viewpoint of “Cola de Caballo” (ponytail waterfall) you descend to the “Gruta Iris” (cave) and cross “Peña del Diablo”, “Lago del espejo” (lake) or “Gruta del Artista”. Follow this route is to delve into one of the most beautiful landscape in Aragon.

The route signposted with blue arrows leads to “El Vergel” and to the cultutal fish farm, an innovative Centre for the study of Fish Fauna, the first centre in Spain.

Finally, the green directional signage highlights the rest areas and the places to look at so impressive natural manifestation. Quiet walks, corners for readings, silence. A haven of quietness and tranquillity. 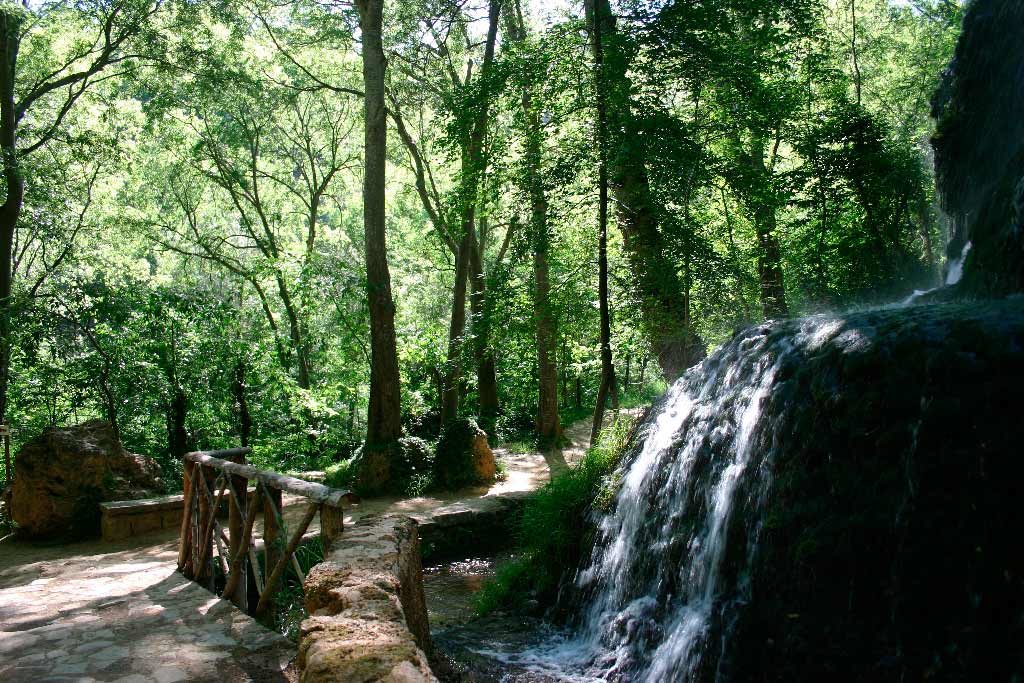 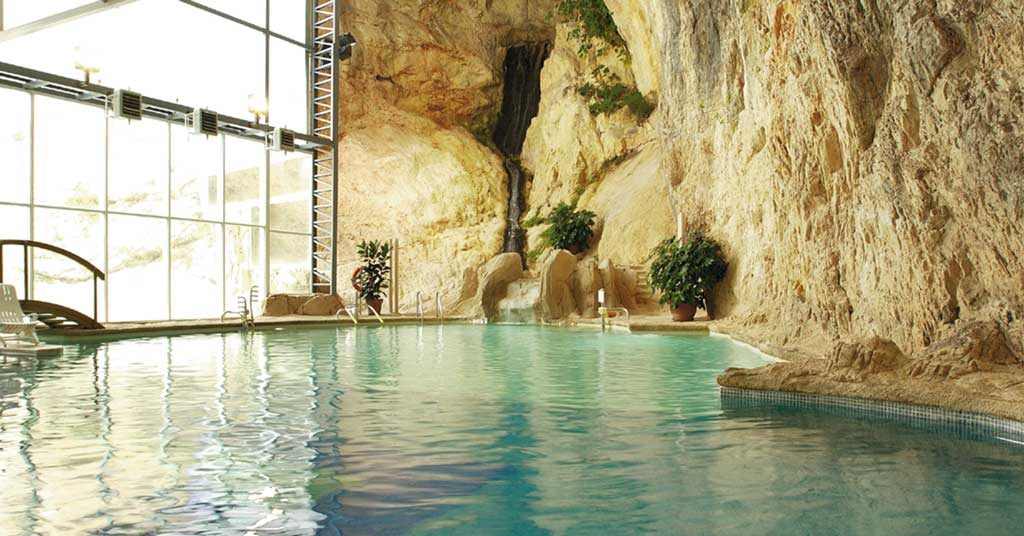 The region of Calatayud shelters the main number of spas in the province of Zaragoza which are places in the villages as of Jaraba, Alhama de Aragón and Paracuellos de Jiloca. Six are the thermal resorts that have made this Aragonese part one of the main points of interest of the national spa sector.

The goodness of water 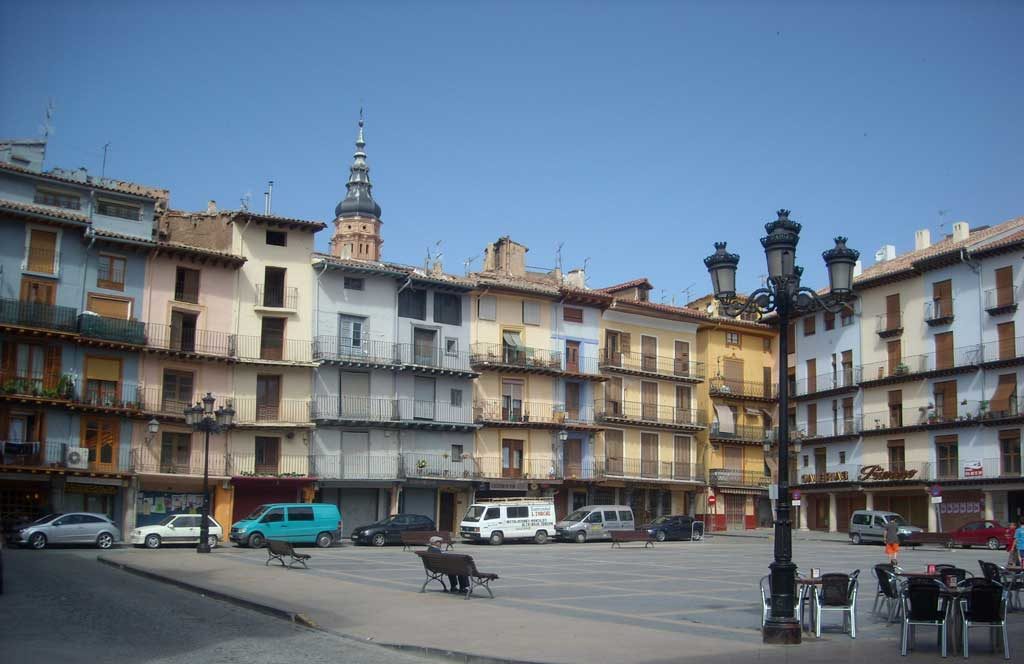 Thermal Springs have ceased to be only health centres to become leisure and well- being places for pleasure and relaxation as well. Although the curative properties of water and its various treatments are recommended to counteract skin diseases or fight kidney problems. For rheumatics or people suffer kidney failures, to cope with fatigue, cystitis, Rheumatic inflammations or urinary problems and Digestive. Pamper yourself without taking the plunge by booking a holistic spa session or beauty treatment with an expert therapist. For indulgent treatments, these thermal resorts offer a huge range: Baths, massages, jets of water, inhalations, circular showers, aesthetic treatments to create an all-embracing sense of wellbeing.  Set among parklands and gardens the surrounding areas show other outdoor leisure activities.

The route of the thermal resorts begins in Alhama, a small town located at 600 meters of altitude above sea level, which is accessed by the road N-II perfectly signposted and that passes through a tremendously beautiful spot. From this locality take the A-2502 that flows into “Embalse de la Tranquera” (water reservoir) to continue road to Jaraa olong another regional road, the A-1501. This village bathed by the waters of the “Rio Mesa” (River), other thermal water spas also appear.

Paracuellos de Jiloca Thermal Resort is a bit appart from the rest. It will be easily accessed from from Calatayud along the road leading to Maluenda (N-234).

Calatayud’s traditional cuisine is led by two classic influencies. On the one hand, the “Ternasco a la Bilbilitaba” (Roasted lamb with potatoes) and, on the other hand, the “Congrio a la Bilbilitana” (dried eel). This last cured fish is the main ingredient of most of local recipes such as “Garbanzos con congrio” made of chickpeas with cured eel.  Because most villages have rivers, fishinghas are an important part of the culture here. One of the most popular fish, eaten across the region, is trout served fried jut with flour. Regarding meat, some products are standed out such as “fardeles” made with pork liver or “chorizo”, sausages and “güenas”, all the cold meat.