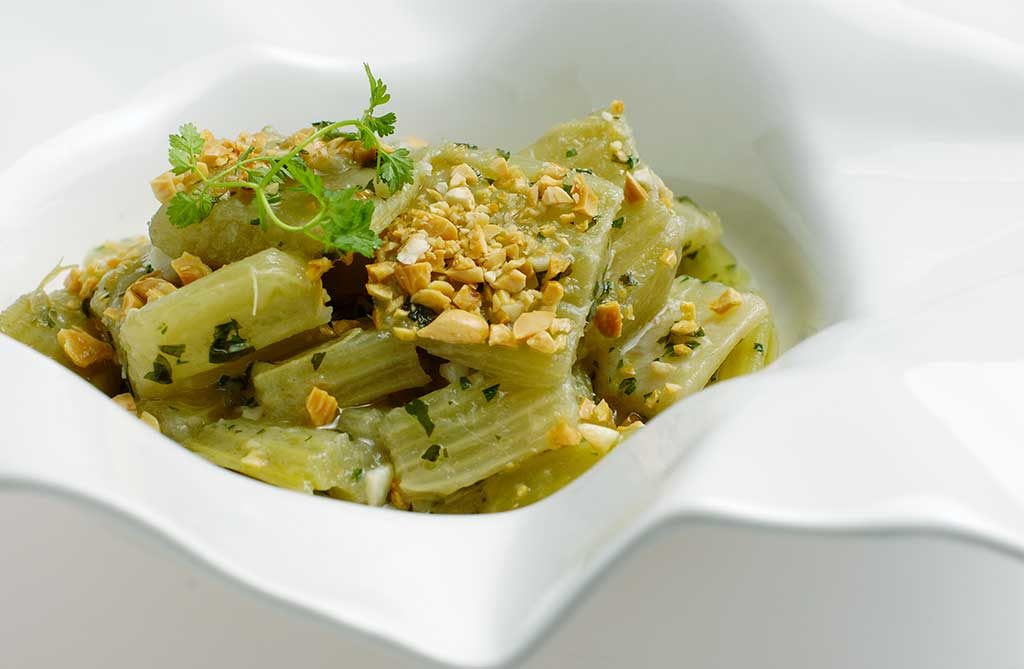 Clean the cardoon and cut the leaves into pieces one to two centimetres thick. Put them to cook in lemon water for ten minutes and, as they become tender, keep them in their own broth.

In another casserole, put half a centimetre of oil for each half litre of cardoon. Put a clove of garlic and some sprigs of parsley in this oil, all well minced. Add a tablespoon of flour and add a quarter of a litre of cooked broth or water failing. Boil this sauce and, after draining the cooking broth, add the sauce you have just prepared letting it cook for five minutes.

Meanwhile, crush 12 or 14 toasted almonds with two tablespoons of water until a very fine paste is formed. Dissolve it with a bit of cardoon sauce and, mix with the stew. Finally add salt. A pinch of ground pepper and boil for ten minutes.

The broth of the first cooking of cardoon is somewhat bitter, so it is not included in the final stew.